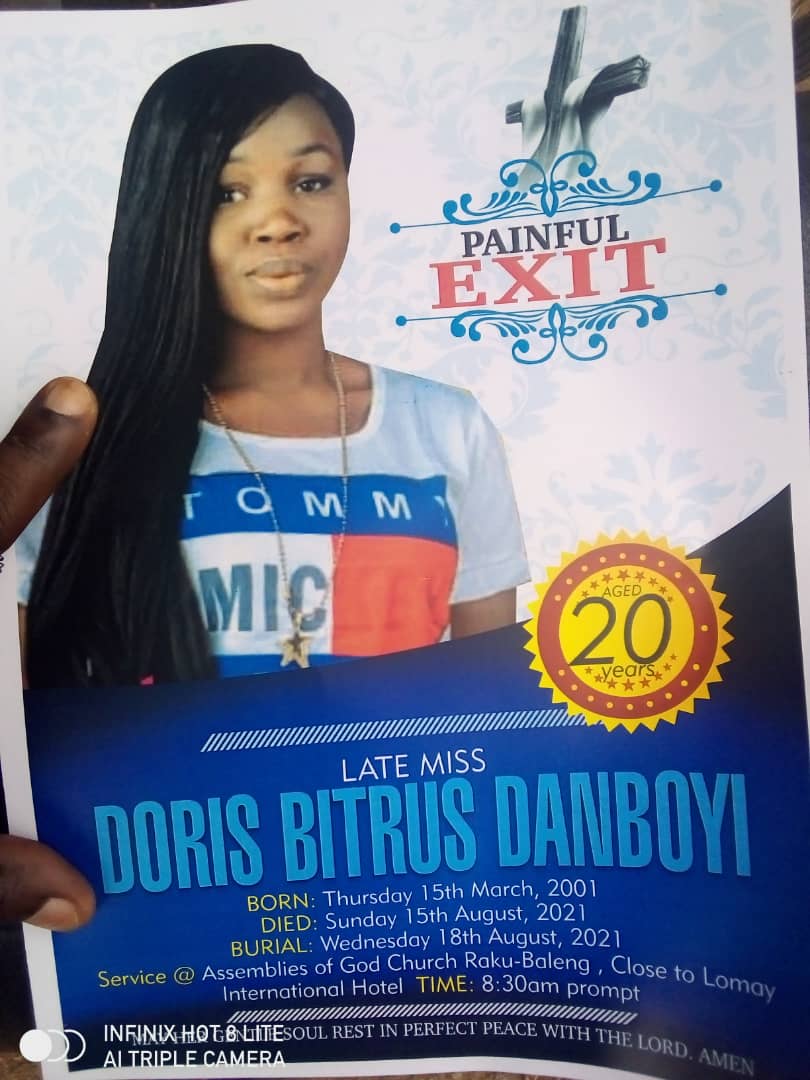 Northern Senatorial Zone of Plateau State is becoming a full fledged epic centre of ethno-religious killings despite the subsisting curfew declared by the Executive Governor of Plateau State, His Excellency Right Hon. Simon Bako Lalong so as to curb down the escalation of the sad development.

The concern forms the talk of the day as expressed by anonymous respondents during the brief funeral service of Miss Doris Bulus Danboyi, a 100 level University of Jos Student who, amongst many that were reportedly killed on Sunday, 15th August, 2021 which is said to be in reaction to the loss of lives of 22 people at Rukuba Road in Jos, the capital city of Plateau State. One of the respondents narrates that, “..we have come to bid farewell to our friend and fellow student who was killed on her way coming back from Church. Her untimely demise, and many others who were similarly murdered on that fateful day come to us as a shock, and only God can comfort the family and the entire University over this..” especially when much must have been invested in her with high hope of becoming the star of the family.

In another related development, it’s reported that 5 natives of Irigwe ethnic extraction were shot dead while 4 others still missing in another armed invasion suspected to have been meted out by Fulani militias at about 10:00pm of 17th August, 2021 when Chando-Zrrechi (Tafi-Gana) village of Miango in Bassa LGA was attacked.

The National President of the Irigwe Youth Development Association, Mr. Ezekiel Bini confirmed the killings in Jos on Wednesday saying that, “in spite of the curfew already in place, 5 of our people were killed in an armed invasion and their corpses deposited at the mortuary.” He added that, as for the missing 4, their whereabout remains unknown up to now which seems they have been abducted by the attackers,” he lamentably recounts the situation.

It would be recalled that, aside the aforementioned killings perpetrated by suspected Fulani militias in Riyom, Jos South and North LGAs since January, 2021, it’s pertinent to note with keen attention that the Irigwe native inhabitants of Bassa LGA in Plateau State and Kaura LGA of Kaduna State have, in the past two weeks, witnessed the brunt of the invasive onslaughts that lasted for over 12 hours. For instance, on the 31st July and 2nd August, 2021, many villages were simultaneously attacked massively, resulting to the loss of over 70 people including women and children, Twenty Five Thousand Internally Displaced Persons-IDPs, 2500 houses razed down and over 1000 hectares of farmed crops largely mowed down with few harvested by the attackers while domestic valuables including livestock looted thereby plunging the survivors into untold hardship as disclosed by Mr. Bini.

Bellow are the villages recently attacked In Miango;

In addition, the affected villages of Kwall District are;

Just as some quotas have unreservedly demanded for compensation and free medical treatment for each of the people killed and injured respectively in Rukuba road, Emancipation Centre for Crisis Victims in Nigeria-ECCVN, in the same vein, lends its voice clamouring for extension of such privileges to all the people killed in Bassa, Riyom, Jos South and North LGAs in order to have just and equitable humanitarian interventions and/or outreaches expected of Government at all levels. Further more, ECCVN is calling on the Government not only to rebuild all the destroyed houses in Bassa LGA, but also deploy security agents particularly, the Mobile Police Force to the affected villages so as to guarantee the safe return of the IDPs to their ancestral homesteads. This would invariably alley the fears of land grab as expressed by the victims.

Beside that, ECCVN passionately calls on all authorities concerned to swiftly swing into action for not only recovery of over 70 villages grabbed in Riyom, Barkin Ladi and Bokkos LGAs, but also initiate the reconstruction of those places just as it’s being done in the North-East of Nigeria, for it would happily enable original landowners on the Plateau to return if such is demonstrated in all equity and fairness.